My “Song of Summer 2015” is an oddly titled countryfied pop confection from Keith Urban. He’s my favorite Australian singer who’s not a Wiggle. Lyrically, the song name-drops to illustrate Urban’s influences in life. Drenched in so much coming-of-age nostalgia, each verse culminates with this catchy hook:

Just another rebel in the great wide open,
On the boulevard of broken dreams.
And I learned everything I needed to know,
From John Cougar, John Deere, John 3:16.

When I break down these lyrics, I can’t help but ask: Why in the Wiggly World do I like it so much?

Nonetheless, I sing along…much to the secondhand embarrassment of my wife and 3 kids. I belt out lyrics that recall a childhood of “backseat freedom,” “TV dinners,” and a yearning to “never grow up, never grow old.” I sing it word for word, but I tweak the final hook. It’s a shout-out to the John who influenced me as an insecure teen (Hughes), and the ones who continue to inspire me as an immature parent (Green) and an imperfect man (3:16).

JOHN HUGHES
In my younger years, despite the fact that I was the poster child for the All-American boy, I always felt different. And for me, the word “different”, used in any context, was horrifying. 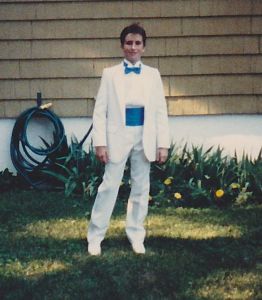 “Shane, you’re wearing a white tux with turquoise blue bow-tie and cummerbund to an 8th grade graduation ceremony. And you’re singing ‘We Are the World’? That’s different.”

As a late-blooming freshman in high school, I was too insecure to run with the “cool” crowd and I assumed that girls filed my name under “N” and “O” in their Trapper Keepers. More like Urkel, less like Urban, I wasn’t “baptized by rock-n-roll.” I wasn’t a “rebel in the great wide open.” And if not for the Gospel according to John Hughes, I’d have felt like a guppy in the great wide abyss of the high school fishbowl. 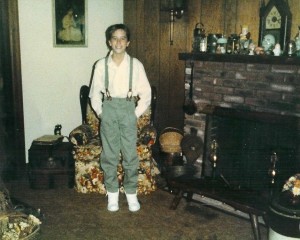 The karma chameleon-like way that I blended into the fabric of my high school was comical. I wasn’t the brain, jock, princess, basket case, or criminal. I was a mix of all the John Hughes archetypes. I was built like Molly Ringwald; I had Ally Sheedy’s dandruff; and I longed to be the brainy, jocky version of the Judd Nelson criminal minus the dope in his locker.

Why was I insecure? For starters, I was built like 6 o’clock and I had more tics than Lewis Morris Park. But thanks to John Hughes, I took the day off with Ferris Bueller. I blew out Sixteen Candles on Samantha Baker’s birthday cake. I even partied with a Chinaman named after a duck’s dork. Through the most awkward moments of my freshman year, John Hughes reassured me (and countless other teens like me) that we weren’t so different and we certainly weren’t alone:

“We’re all pretty bizarre. Some of us
are just better at hiding it, that’s all.”
–The Breakfast Club

If John Hughes were alive today, I wonder if he’d appreciate that 30 years after the release of The Breakfast Club…I choose to write a blog under a masthead that his unique voice inspired. [Nah…he’d probably call me a “neo maxi zoom dweeby.”]

My view from a 30-year anniversary screening of The Breakfast Club with my nephew (a second-generation Hughes disciple).

JOHN GREEN
I’m a father of 3…master of none. I try to be the best parent that I can be. I teach my kids right from wrong, but I also give them the freedom to figure out wrong on their own. Some parents lament how “connected” their kids are…fearing the many vices that their mobile device-obsessions may fuel. Not me. I think back to a time when there weren’t many social outlets for teens. If you were “different,” there’s a good chance you felt different and alone. Today, there are so many more positive ways for teens to celebrate their “differences” together.

Our world is far from perfect…but I’m encouraged to know that today’s teens are influenced by a new breed of authors who present very real, multi-layered teen characters. And there’s none better than John Green. From Looking for Alaska and An Abundance of Katherines to Paper Towns and The Fault in Our Stars (yep, I’ve read them all)…John Green shows zero appreciation for the paint-by-number teen archetypes that Hughes introduced. 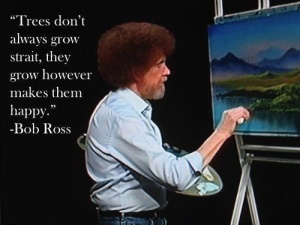 John Green’s characters don’t only embrace their “different”, they often shout it from their own little treetops. In Will Grayson, Will Grayson, Green describes a super-sized football player named Tiny as “the world’s largest person who is really, really gay.” Tiny is “not the type to go around unnoticed”, and I’ll bet that’s how John Green wishes all teens could be. Further, where John Hughes was the introverted auteur with an almost creepy-uncle vibe, John Green (a self-proclaimed nerd) connects effortlessly with his millions of fans.

Yep, being a teenager can sometimes suck. I’m grateful that my kids (and yours) have voices like John Green’s that inspire teens of all colors, shapes, and disguises. And let’s be honest: “Don’t Forget to Be Awesome” is far more inspiring than the decidedly downbeat Breakfast Club anthem, “Don’t You Forget About Me.”

JOHN 3:16
Which brings me to the “Gospel-in-a-nutshell” Bible verse:

“For God so loved the world, that He gave His only begotten Son, that whoever believes in Him shall not perish, but have eternal life.”

I’m a go-to-church-every-Sunday Catholic and the John 3:16 verse means more to me than I care to share in a mindless pop-culture blog. Like many things Catholic, however, these same words are often used to promote an elitist agenda hell-bent on exclusion over inclusion. So I guess I’m what the holiest of rollers call a “Cafeteria Catholic.” The term is applied to those who assert their Catholic identity yet dissent from some of the more rigid Catholic moral teachings.

To better illustrate, let me use the Meg Ryan deli scene from When Harry Met Sally. 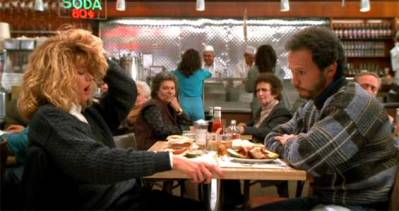 Sorry, not the fake orgasm part. The part where she’s being very particular about her lunch order. https://m.youtube.com/watch?v=IxeeeSUFpmE

Just like Sally substitutes food items and requests items “on the side”, Cafeteria Catholics pick the doctrines they’ll uphold from an a la carte menu at the Catholic Cafe…

Waitress:
“What can I get you?”

Harry:
“I’ll have a number three.”

Sally:
“I’d like the pre-marital sex please with the condoms and
the rhythm method on the side.”

Sally:
“But I’d like the life begins at conception and I don’t want the holy days
of obligation…I want them on the side. And I’d like gay “marriage”
instead of “civil unions” if you have it. If not, then nothing.”

Yes, I’m a Cafeteria Catholic. My right wing sometimes points left, and my thou-shalt-nots are guided by my own moral compass. This makes me “different” in the eyes of the church, but well, I’ve always been a little different (see my Urkel and Vanilla Ice pics above).

In the final verse of the song that started my rambling, Keith Urban sings about the end of his journey to self-discovery:

I spent a lot of years running from believing,
Looking for another way to save my soul.
The longer I live, the more I see it,
There’s only one way home.

Along with the words in John 3:16, I like to think that the believing he speaks of is simply believing in yourself. The way to “save your soul” is to embrace your “different” and accept the differences of others. And the “only way home” is to follow your moral compass…even if it sometimes points more left than right; right than left.

If the second coming were to come tomorrow, I choose to imagine a Twitter account with hundreds of millions of followers. The first tweet would be influenced by witnessing a past century of equal parts social/moral progress and decay. In other words, there’s still too much “world suck.”

The simple message would be shaped by the most universal religious virtues of faith, hope, and love. My faith gives me hope that the tweet would look something like this: