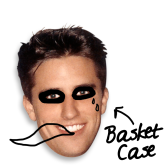 I’ve always been a glass- half-full kind of guy. Even on my worst day, when I’m convinced that half the country is half-full-of-shit, I choose to focus on the better half. The half who wake up every morning and realize that, despite its imperfections, America is still the greatest country in the world. But for the better part of this summer, I’ve struggled to keep my glass full enough to appreciate all the little things I love about this great country of ours.

Dear Mr. Vernon: Is that why you’ve battled blogger’s block worse than an axe-wielding Jack Torrance? [Rent “The Shining”]

To paraphrase my favorite country singer, I’m just a blogger of simple blogs…I’m not a real political man. I do lean right, but I’ll be the first to admit when the right is wrong. I’m a man of faith, but I have no such faith in Bible-thumping politicians who speak of “legitimate rape” and preach on the miracle of the female reproductive system’s kill switch.

What concerns me? I’m concerned about a New Jersey unemployment rate that’s at 10% and swelling faster than Governor Christie’s waistline. I’m also preoccupied with the prospect that I could one day join this group of 10-percenters. Think “Obama Care” and the FDA have spun our nation’s healthcare system into disarray? You should join me every day as I attempt to write for, and about, a pharmaceutical industry that currently doesn’t know its ass from its elbow cream. In my humble, glass-half-full opinion, the state of American healthcare isn’t in flux. It’s legitimately fu**ed. And at the rate our economic recovery is going, Generation X will hand the reins of this country over to “Generation Y us?”

Today I find myself a few weeks shy of life’s half-way point. That mid-life mile marker called 40 will soon appear in my rear-view…and I’ll struggle not to wax melodramatic about what America is, was, and may never be again. Life’s glass will soon be half-empty for me, but I’m determined to keep the glass full with hope for our nation’s future.

During my one [and only] week of vacation this summer, two events gave me hope for America’s future. Even more than those “Chevy Runs Deep” commercials narrated by Buzz Lightyear.

“We’re just country boys and girls gettin’ down on the [corporate-sponsored] farm.”
Even in an America where development threatens to spoil whatever pristine country remains, the dream of wide-open spaces and down-home living endures. So much so that 56,000 city-slickers (like my father, brother, and I), flocked like lemmings to Met Life Stadium on August 10th. We didn’t dust off our shit-kickers to see The Boss, Eli, or Mark Sanchez’s back-up play. We were a bunch of Metropolitanities who came to get country-fied by Kenny Chesney and Tim McGraw. 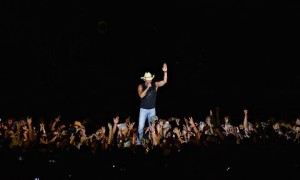 Yep, we’re talking a mix of blue- and white-collared folks who are about as corn-fed country as I am juiced-up junkie. We were all wannabe rebels who didn’t have a clue we weren’t on a farm, but in a corporate-sponsored behemoth of a stadium.

Heck, even my old man was acting like he didn’t have a clue he was 72-years old. For example,

[As a 20-something walked by in Daisy Dukes, showing off her future skin cancer]

Brett:
“Dad, when do you think 20-year-old girls finally stopped looking at you?”

Dad:
“Who says they ever did? Asshole!”

After the summer sun fell out of sight, we were still singing lyrics like “She Thinks My Tractor’s Sexy”…  knowing full well my Korean-built Hyundai was unsexy. It didn’t matter. For nearly six hours, we drank, sang, and sweat our red, white, and blue asses off. Country music has that ability to transport you from the realities of your fast-paced/tech-obsessed daily life. These are simple songs about a simpler life. Songs that paint the perfect picture of an idyllic America that may only exist in our refried dreams. 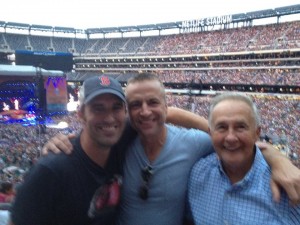 If you’ve never visited Williamsport, PA for the Little League World Series, then you may be missing the very best example of youth sports, camaraderie, and sportsmanship that this country has to offer. Entry is free, the umpires and concessionaires are volunteers, and watching the games will make you feel “as if you dipped yourself in magic waters.” Repeat that quote in a James Earl Jones voice, then stroll the friendly confines of Howard J. Lamade Stadium and tell me that Williamsport isn’t “the place where dreams come true.” 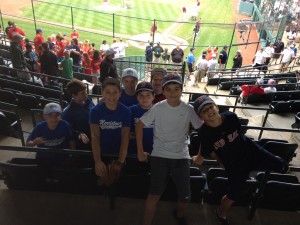 At the tail end of my one [and only!] vacation week this summer, I took my boys to Williamsport to support our local Par-Troy East little league team. While my boys were disappointed to see their local team fall in their opener, they quickly shifted their focus to an international story that was just unfolding. We had heard the story about a diamond in the rough where a shoeless version of baseball is played on rocky fields among cows, goats, and anthills. And here they were, the team from a third-world country…captivating everyone in Williamsport with their unbridled joy for life and the game of baseball.

Long before their improbable 3 to 2 victory over Oregon, the Ugandan team had already staked their claim to the title of undisputed fan favorites. Despite lives filled with adversity that most Americans couldn’t possibly fathom, the Ugandan players were so happy, so gracious, and so ready to show their appreciation for a dream-come-true that wasn’t given to them…it was earned. We Americans have a tendency to focus on all that’s wrong with our country. The Ugandans showed us that every second in America felt like paradise to them. 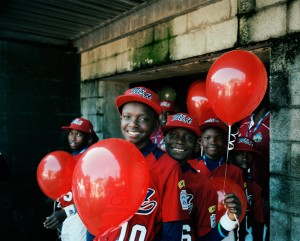 Thanks to clothing and equipment drives run by many of the American teams, it’s safe to say that the Ugandan All-Stars will bring more than just memories back home with them. No, the Ugandans didn’t win the Little League World Series. They won the hearts of America instead.

Now please excuse me while I refill my glass.