Truman Burbank:
“Was nothing real?”

Christof:
“You were real. That’s what made you so good to watch.”

Ever marvel at how far reality television has come since Peter Weir’s groundbreaking 1998 film, The Truman Show?

“Strike that. Reverse it.” 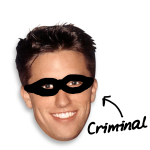 Ever dry heave at how low reality television has sunk since the promising days of a little MTV experiment called The Real World? Before reality stars knew they were stars, the whole concept felt as groundbreaking as The Truman Show. The tragic beauty of Truman’s world is that he was unaware of the cameras that fed his celebrity. Today’s reality stars, on the other hand, aren’t only aware of the cameras…they’d dry-hump the lens if they thought it would give birth to a new lease on celebrity life. A life that’s now fueled by 140-character tweets that attempt to extend their 15-minutes of shame.

Case in point: If a Jersey Bore half-wit like “The Situation” can ride the reality rainbow all the way to the pot of gold toner at the end, how low can the genre ultimately go? I mean, can it possibly get any worse than the Cracker Barrel dedicating an entire wing to The Duck Dynasty clan of back-assward millionaires? Yes it can. How about a local liquor store selling The Sitch’s “Devotion”, a brand of protein vodka? Where’s a real Italian like Vinnie Barbarino and his rubber hose when you need one?

The Situation’s Devotion. Tastes like
vodka, reeks of desperation.

What makes the show within The Truman Show so popular is the simple fact that Truman Burbank thinks he’s an ordinary man living an ordinary existence. In Christof’s words: “While the world he inhabits is, in some respects, counterfeit….there’s nothing fake about Truman himself.” Bingo! For as cleverly disguised and criminally contrived as his world is, Truman’s actions in this world are real. Which is more than I can say for today’s half-baked and mostly-faked reality offerings.

My father and brother at Rick Harrison’s Pawn Shop.

But Rick Harrison isn’t alone, and the demise of reality TV started long before he made “so you wanna pawn it or sell it” a catch-phrase. To understand when reality TV stopped being real (that means you Ozzy), you have to go back to when it first started getting real.

When it debuted in 1992, The Real World captivated viewers like me. Partly because it looked and felt real, but mostly because its “stars” hadn’t even considered a world of reality stardom yet. Eric “The Grind” Nies wasn’t acting like a douche-bag to score a big douche-bag endorsement deal. Eric Niese was, in fact, a douche-bag.

And The Real World was still very real in 1994 when many Americans, like me, first got to know someone living with AIDS. Everything about Pedro Zamora’s life felt real to me. So at the risk of melodramaticizing (if that’s not a real word…it should be), maybe the “reality” in reality TV has been dying a slow death ever since Pedro lost his public and courageous battle with AIDS in 1994.

Twenty years later, the whole genre is out of control. When the Duck Dynasty patriarch, Phil Robertson, spewed his anti-gay venom at GQ magazine, he was crucified by the mainstream media and suspended by his own network. Even if you don’t agree with Robertson’s views, he was being REAL. Call him a real hick, a real hillbilly, or a real hater…no matter…GQ managed to capture what countless hours of highly-rated, and meticulously-edited footage had never offered: The Real World–Duck Dynasty.

…Here Comes Honey Boo Boo!
But reality television’s most colossal boo boo arrived in 2011, when The Learning (about what exactly?) Channel introduced  us to Alana “Honey Boo Boo” Thompson. I’ll confess that I was charmed by Here Comes Honey Boo Boo during its first season on TLC. It was funny, fresh, and the family’s love felt real. Then it happened. Back in October of 2012, I watched a barefoot and visibly irritated Alana Thompson fake sleep in an attempt to avoid being questioned by Dr. Drew on TV. That’s when it hit me! Maybe this was her Truman Burbank moment? Confronted with the harsh realities of the spotlight surrounding her life, maybe this was America’s most overexposed and exploited young reality star crying out for help.

Now some might argue that Here Comes Honey Boo Boo was real. But it’s hard to argue that it wasn’t misguided and irresponsible. Am I the only TV viewer who weeps for Alana Thompson’s future? Haven’t we all heard the oft-repeated cautionary tale about the “former child star”? Is a Playboy cover story 10 years from now boasting the headline “Honey Bares Her Boo Boobs” really such a stretch? Heck, that might be a best-case scenario.

What scares me is that we have no test-subject for what becomes of the broken reality TV child star. If countless child stars who played fictional TV characters struggle to grow up normally, what becomes of a child star famous for playing herself when she discovers how fleeting a friend fame really is? In Christof’s words:

“We accept the reality of the world with which we’re presented. It’s as simple as that.”

I just hope she’s able to accept the reality of the world with which she’s now presented.

3 thoughts on “Searching for “The Real World” in Reality Television”