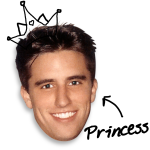 There’s an old apocalyptic tale my father shared with me when I was a child. It goes something like this: If there were ever a global thermonuclear war, cockroaches would be the lone survivors. Along with Keith Richards, Twinkies, and presumably those yellow Easter-season chicks called Marshmallow Peeps.

I know I’m going out on a green, felt-covered limb here…but I’d like to add The Muppets to this post-apocalyptic survivor list. Keep in mind I say this with zero scientific knowledge to back me up. I’m only guided by a soft spot for nostalgia, my firm belief that Kermit is a wiser puppet philosopher than Yoda, and the fact that my daughter is obsessed with The Muppets some 20 years after their presumed extinction from relevancy.

Yes, I’m a “Muppet of a Man.” I’m also damn proud to say that my 6-year old daughter is a Muppet of a fan. She started counting the days ‘til March 20th soon after she stopped counting the days ‘til December 25th. March 20th you ask? The day The Muppets arrived in video stores [do they still have video stores?] and landed in my BluRay player. I’ve been smiling ever since, and I’m happy to say that the more things change, the more The Muppets stay the same. 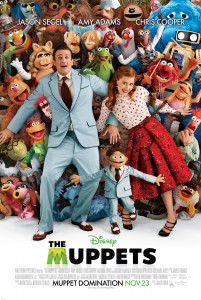 When I first heard that Jason Segel had written a new Muppets script, I had my doubts. Let’s face it…The Muppets were about as relevant as a “Who Shot JR?” t-shirt. Fanatic or not, I feared Segel would play the ironic, out-of-their-era hook for easy laughs [think “The Brady Bunch Movie”]. The brilliance of Segel’s (and Nicholas Stoller’s) heartfelt and hilarious script is that they don’t shy away from the irrelevance. They embrace it. Case in plot point, when we learn that Tex Richman (Chris Cooper) wants to drill for oil under The Muppet Theater, nobody—least of all The Muppets—care to save the theater. That’s where our Muppet-loving heroes come in.

A Muppet named Walter, his human brother Gary (Segal), and Gary’s girlfriend Mary (Amy Adams) are tasked with making the world care about The Muppets again. Part of the fun—and underlying sadness—is how far the filmmakers go to tell us what we already know: The Muppets have faded into the kind of obscurity reserved for the cast of Alf. Kermit’s a hermit living a depressed life in Beverly Hills. Fozzie’s bearly hanging onto his sense of humor with “The Moopets” tribute band. And poor Animal is a strung-out drum addict stuck with a sponsor named Jack Black [can we fade him into Alf-like obscurity? Better yet, suck him into a Jack Black Hole?].

So Walter, Gary, and Mary hit the road and try to convince Kermit and company to reunite, “light the lights”, and save The Muppet Theatre. The film is packed with the chirpy songs and smart, rapid-fire humor that first won me over in 1979 [and had me carrying a Muppets lunchbox to school long after lunchboxes were relevant]. Segel and Adams play their human characters with relentless, Muppet-like enthusiasm. Without a single knowing wink to the camera, their squares have a whole lot of flair to spare. They’re never too cheeky or ironic, and when they sing “Life’s a happy song”…it’s as if they’re paying tribute to Jim Henson himself. In other words, “Life’s a happy song…as long as we’ll always have The Muppets to sing along.”

Is it the “most sensational, inspirational, celebrational” movie of the year? Maybe not. But it’s “Muppetational” enough to make my daughter finally forget about the mindless mayhem of a square-pantsed sea sponge. She’s now a Muppet fan…and she’s proud to say her daddy will always be a “Muppet of a man.” 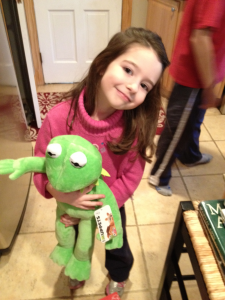 Seriously, I don’t think they have video stores anymore.